“Janet LeBlanc knew how to interpret our data in meaningful ways and her recommendations on how to grow our customer experience reputation worked extremely well for us. Our biggest success and lesson is that developing a detailed guest service strategy is not only good business—it’s the way to stay on top of business.”

The Westin Ottawa is a luxury, full-service hotel that offers stunning, panoramic views of the Nation’s Capital. Located in the heart of downtown, it is steps away from some of Ottawa’s most popular attractions: Parliament Hill, the Rideau Canal, the Byward Market, the Rideau Centre shopping mall and the Ottawa Convention Centre.

Guests have access to special features including a 24-hour business centre, fitness studio, saltwater pool, fitness gear lending program, and pet-friendly rooms. The Westin Ottawa is also an award-winning, eco-friendly venue of choice to host meetings, conferences and special events. The Westin® brand is among several owned by Starwood Hotels & Resorts, one of the leading hotel and leisure companies in the world.

The 2008 global financial crisis was considered by many economists to be the worst financial crisis since the Great Depression of the 1930s. During this time, the owners of The Westin Ottawa had already begun a $45 million, multi-year renovation project of what was then a 25-year hotel.

As renovations continued through 2009, John Jarvis, General Manager, faced the challenge of strategizing how to increase owner and shareholder returns during a global recession and despite construction disruptions. The Westin Ottawa’s prime location was already a huge draw, as were its upscale amenities, signature products and “wellness in travel” environment. The company’s customer satisfaction scores and overall performance were better than average. What more could be done?

Jarvis launched a task force with his key leaders to examine how The Westin Ottawa might emulate businesses that had mastered the highest levels of brand commitment in their respective markets. They analyzed a substantial quantity of customer feedback data and third-party service level measurements. Although their guest loyalty scores were already very good, they concluded there was room for improvement.

Jarvis explains, “Hotels are like gas stations, grocery stores or fast food outlets. They are abundant and serve many different levels and segments of the market. When hundreds of options exist, what factors influence consumers to choose The Westin Ottawa? We knew that customer satisfaction is only part of it. We needed to figure out how to improve a guest’s overall experience, earn their loyalty and also have them refer us to others. It sounds straightforward in principle, but how do you actually make that happen?”

Through a word-of-mouth referral in 2010, Jarvis met with Janet LeBlanc, President and Founder of Janet LeBlanc + Associates Inc. and a leading authority in customer value and experience management.

LeBlanc says, “In a competitive industry where financials and market share are the primary means of measuring success, I was very impressed by how John Jarvis already understood that leveraging the customer experience was the key to driving The Westin Ottawa’s performance results to new heights.”

After making a keynote presentation to the leadership team to inspire and engage them, LeBlanc asked for the opportunity to re-analyze their research and data. She conducted advanced analytics to deepen the task force’s understanding of their performance metrics. Above and beyond identifying key value drivers of the guest experience, LeBlanc revealed which factors specific to The Westin Ottawa had the most influence on driving customer loyalty.

Jarvis was impressed with LeBlanc’s findings. He declares: “That was my a-ha moment—the one that made me reflect on my own personal role in driving customer loyalty and the metrics I should truly be focused on. From that point onward, my new leadership title was born: Chief Experience Officer.”

LeBlanc worked with the team to examine The Westin Ottawa’s problem management process and to systematically identify areas requiring the most improvement. She recommended the need to develop a more consistent approach to logging, tracking, resolving and following up on issues. LeBlanc also helped them identify key performance indicators within their operation that would significantly improve the guest experience.

In the months that followed, The Westin Ottawa began to implement a spectrum of changes. For example, the orientation program for front-line associates was restructured and the length of training was increased. A new approach to problem resolution was introduced. All associates were empowered with clear guidance regarding the different ways they could take ownership of the guest experience—collectively and individually—beginning with the very first moment a guest arrived. They learned techniques specific to each of their duties that would allow them to interact with guests in more intuitive, thoughtful and personable ways. They also learned that resolving problems to the delight and satisfaction of guests could in fact strengthen brand loyalty.

“We coached them that the old paradigm of ‘providing a service’ no longer works. We’re here to interact with our clients, not transact. That starts with making it personal, going the extra mile, and holding ourselves accountable for each guest’s experience,” says Jarvis.

The changes implemented by Jarvis, his leadership team and 350+ associates made a noticeable impact—beginning with market share results that improved at unprecedented levels of double-digit growth. In addition to guest and employee satisfaction scores climbing to record heights, there was also a surge in positive customer reviews and ratings on sites such as TripAdvisor and Expedia.

In 2011, The Westin Ottawa was acknowledged with Sales Team of the Year by parent company Starwood Hotels & Resorts and it also received the Human Resources Hall of Fame Award from the Hotel Association of Canada. The following year, Starwood named Jarvis the Chief Sales Officer/GM of the Year—the first Canadian to ever win this award from among 60 Canadian hotels and more than 550 North American hotels. Also in 2012, the company was distinguished as the Westin Hotel of the Year out of more than 130 properties in North America. The Westin Ottawa celebrated its 30th anniversary in 2013 and continues to hold strong as the top-ranked 4-star hotel in the Nation’s Capital. 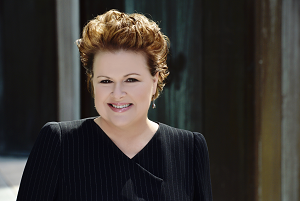 Janet LeBlanc + Associates Inc. is a leading North American consulting firm specializing in customer experience management. Recognized as one of the foremost experts on customer-centric leadership, Janet LeBlanc guides senior leaders on how to use customer strategies to drive business growth. We partner with public sector institutions and Fortune 100 companies to overcome silo-based obstacles and collaborate on how to earn customer-driven growth.